Ralph Sadler was born in Hackney, Middlesex, the elder son of Henry Sadler, a minor official. At approximately seven years of age, Sadler was placed in the household of Thomas Cromwell. He was an intelligent and resourceful child who was taught many skills-learning to read and write, becoming fluent in French, Latin and Greek, and given knowledge of the law. He eventually became a courtier and diplomat who served four Tudor monarchs: Henry VIII, Edward VI, Mary I and Elizabeth I.

In April 1540, Sadler was made principal secretary to King Henry VIII. In the same year, he was knighted, made a privy councillor, and began more than 30 years of service. Sadler survived Cromwell’s fall from power and execution but during the power struggle following Cromwell’s death he was arrested and sent to the Tower for a time. He was able to clear himself and was released in a few days, returning to the council chamber. He played a leading role in the examination of Catherine Howard and her relatives in November 1541, regained the King’s trust and was knighted for his part in holding matters of state while the court went on a summer progress.

On the accession of Mary I to the throne, after the resolution of the succession crisis, Sadler lost most of his offices, including master of the great wardrobe, he was removed from the commissions of the peace and excluded from the Privy Council. For a short time in 1553 he was under house arrest. For the rest of Mary I’s reign he did not sit in any parliament, remaining in semi-retirement at Standon, Hertfordshire. 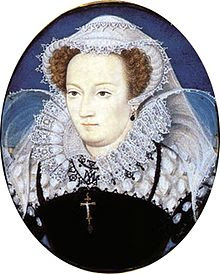 During the reign of Elizabeth I he was restored to favor and sent to Scotland in 1559 to arrange an alliance with the Scottish Protestants. He eventually became one of the architects of the Treaty of Edinburgh. In 1568 he was appointed Chancellor of the Duchy of Lancaster. When Mary, Queen of Scots, fled to England, Sadler was unwillingly appointed to meet with Scottish commissioners, becoming a reluctant jailer of the Scottish Queen. From summer 1584 to spring 1585, Mary was housed at Wingfield Manor and Tutbury Castle, under Sadler’s charge. During that time, Elizabeth grew increasingly disturbed by the presence of Mary Stuart on English soil and Sadler was instructed to restrict her freedom, being required to post guards around the area where Mary was held. Eventually, Sadler sat on the council that sentenced Mary to death.

Sadler married Ellen Mitchell circa 1534. They had three sons and four daughters, one being Sir Thomas Sadler who was named for Cromwell. Sir Ralph died March 1587 and was rumored to be the wealthiest commoner in England. His aging tomb is in St. Mary’s Church, Standon Hertfordshire.

Sir Ralph Sadleir (1507-87), the great Tudor statesman and long-time resident of Standon, England asked to be buried ‘not with anie pompe after the worldly manner, but in such sorte as shall be seemlie and requisite for a Christian man’. His son, Sir Thomas, decided to ignore his wishes and commissioned elaborate, ornate tombs for his father and himself commissioned from the leading London workshops of the Tudor Era. The magnificent tombs of Sir Ralph Sadleir (1507-1587), his eldest son Thomas and the latter’s wife Gertrude are a part of the rich heritage of the Tudor Era.

Sir Ralph, described on his memorial as ‘’faithful to the state and beloved of his countrie’’, served Tudor monarchs as courtier, soldier and statesman. The passage of over 400 years has left the memorials in need of repair and refurbishment. Sadlier’s part in the acclaimed Wolf Hall trilogy by Hilary Mantel–in which he features prominently–has acted as a catalyst to get the needed repairs made.

Nikolaus Pevsner, the noted twentieth century art historian and author of the Buildings of England series, wrote enthusiastically about the Sadleir tombs in the volume on Hertfordshire.

Patrons of this project include renowned author Hilary Mantel whose works include the acclaimed Wolf Hall trilogy tracing the life of Thomas Cromwell.  The first two books, Wolf Hall and Bring Up The Bodies, both won the Man Booker Prize. The third, The Mirror and the Light, has been described by the Financial Times’ critic as ‘majestic and often breathtakingly poetic’.  A major character in all three is Rafe Sadler (Sir Ralph Sadleir) who grew up in Cromwell’s household and served Henry VIII, Edward VI and Elizabeth I.

Ms. Mantel writes of him, ‘Ralph Sadleir was a great Tudor survivor whose story should be better known, and I am proud to have been able to play a part in introducing him to the reading public. What I would like to see is a full modern biography, surely overdue – but meanwhile I can think of no better project than to conserve his family monuments’

-THE COUNTESS of VERULAM, CVO DL

Resides at Standon Lordship & is a former High Sheriff of Hertfordshire

These pictures show examples of the conservation, repair and refurbishment required. 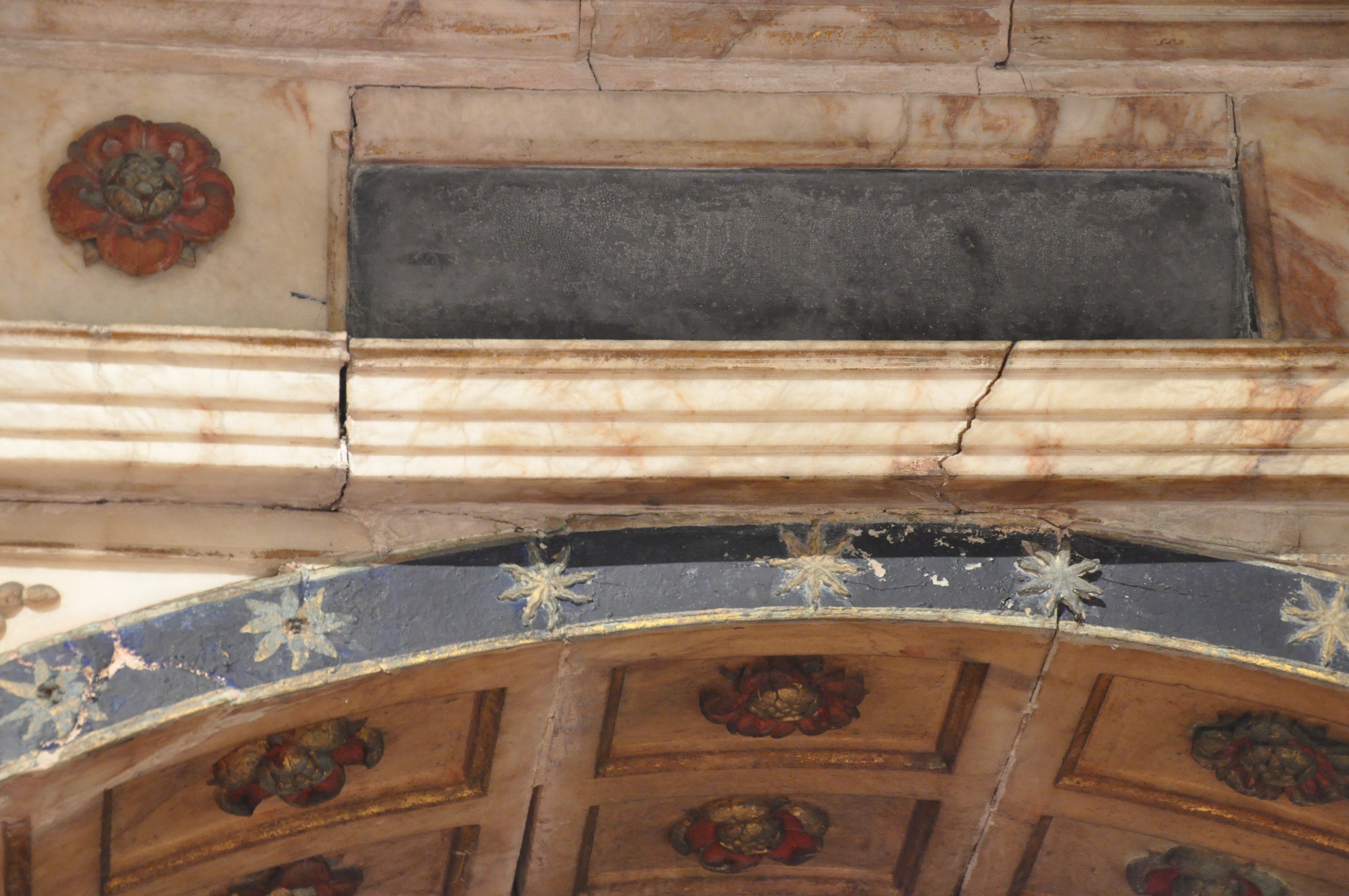 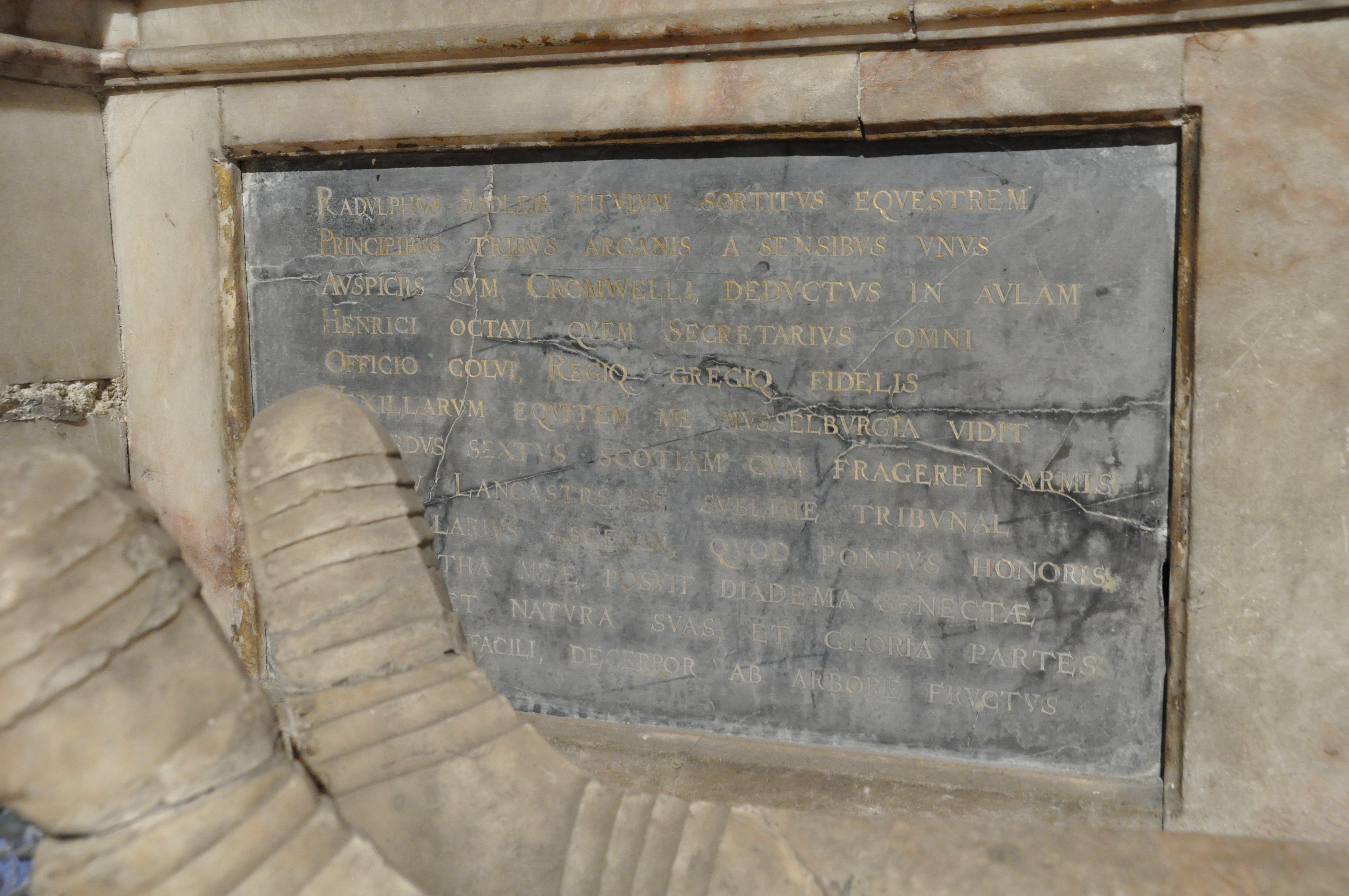 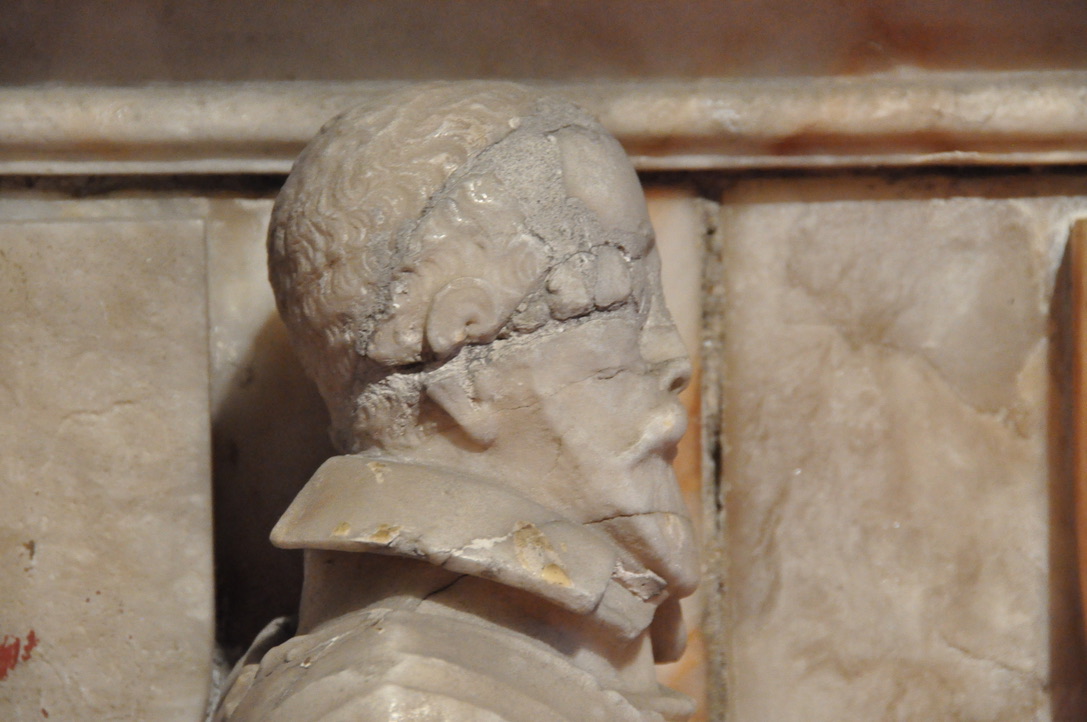 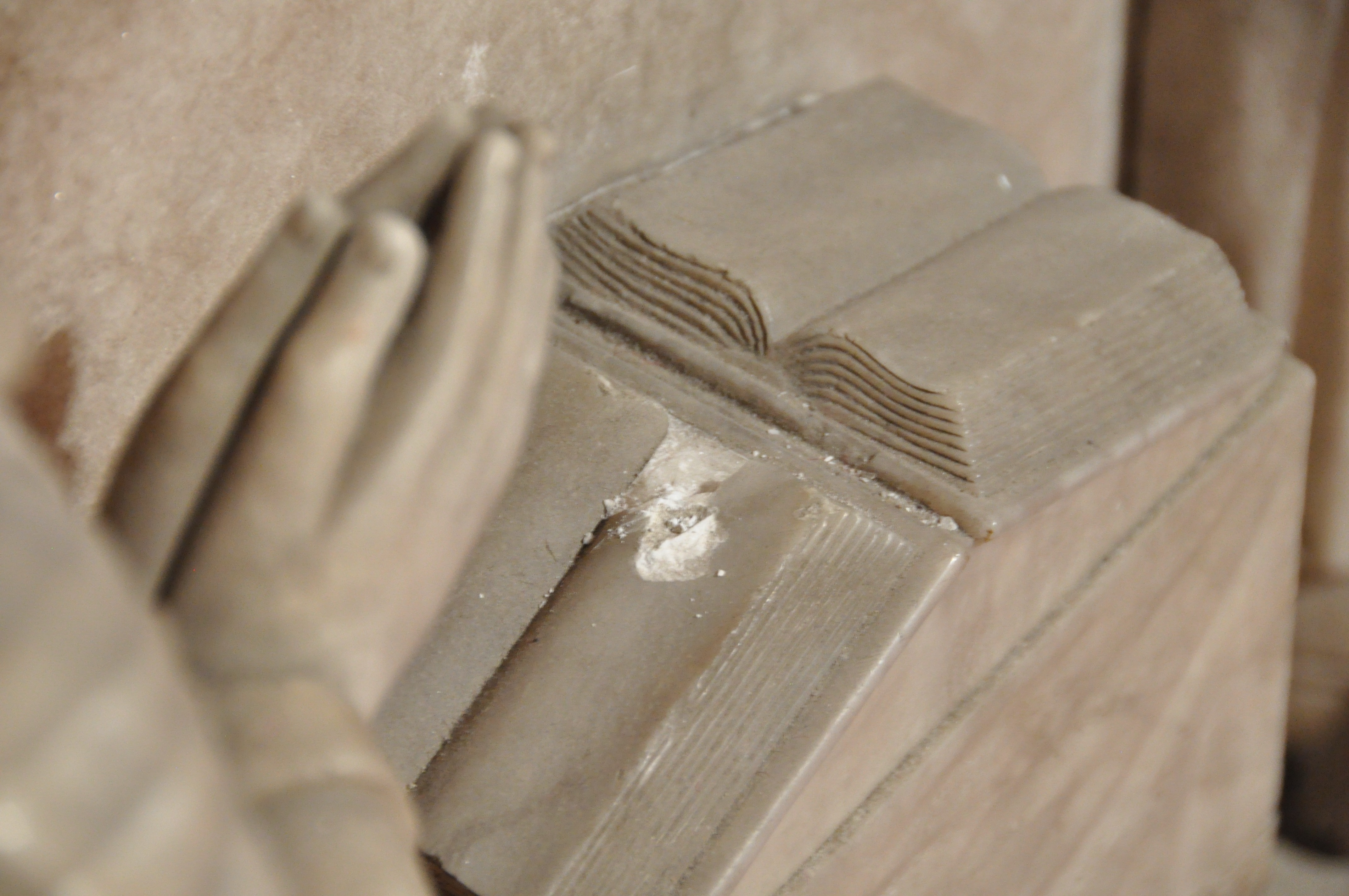 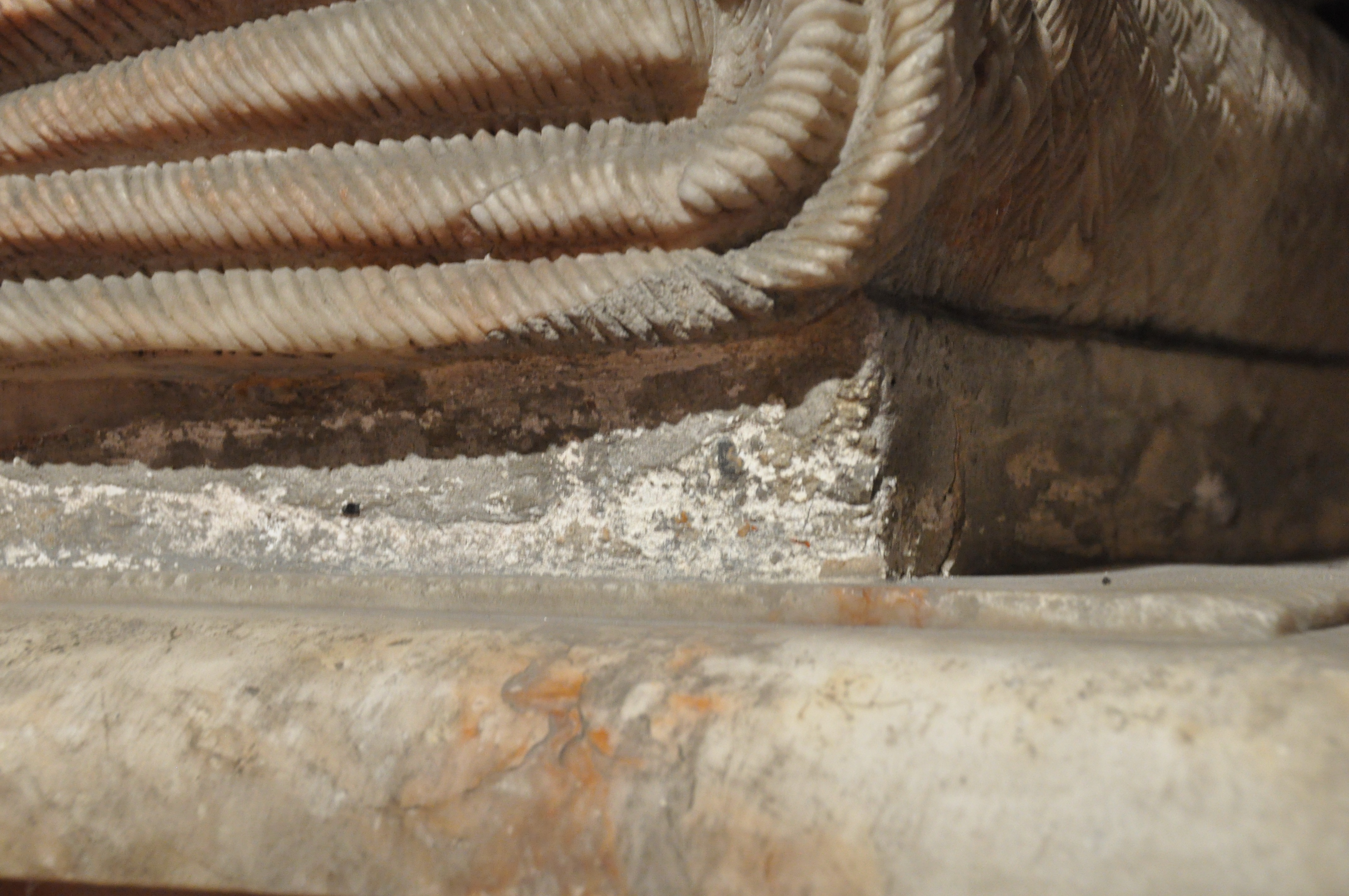 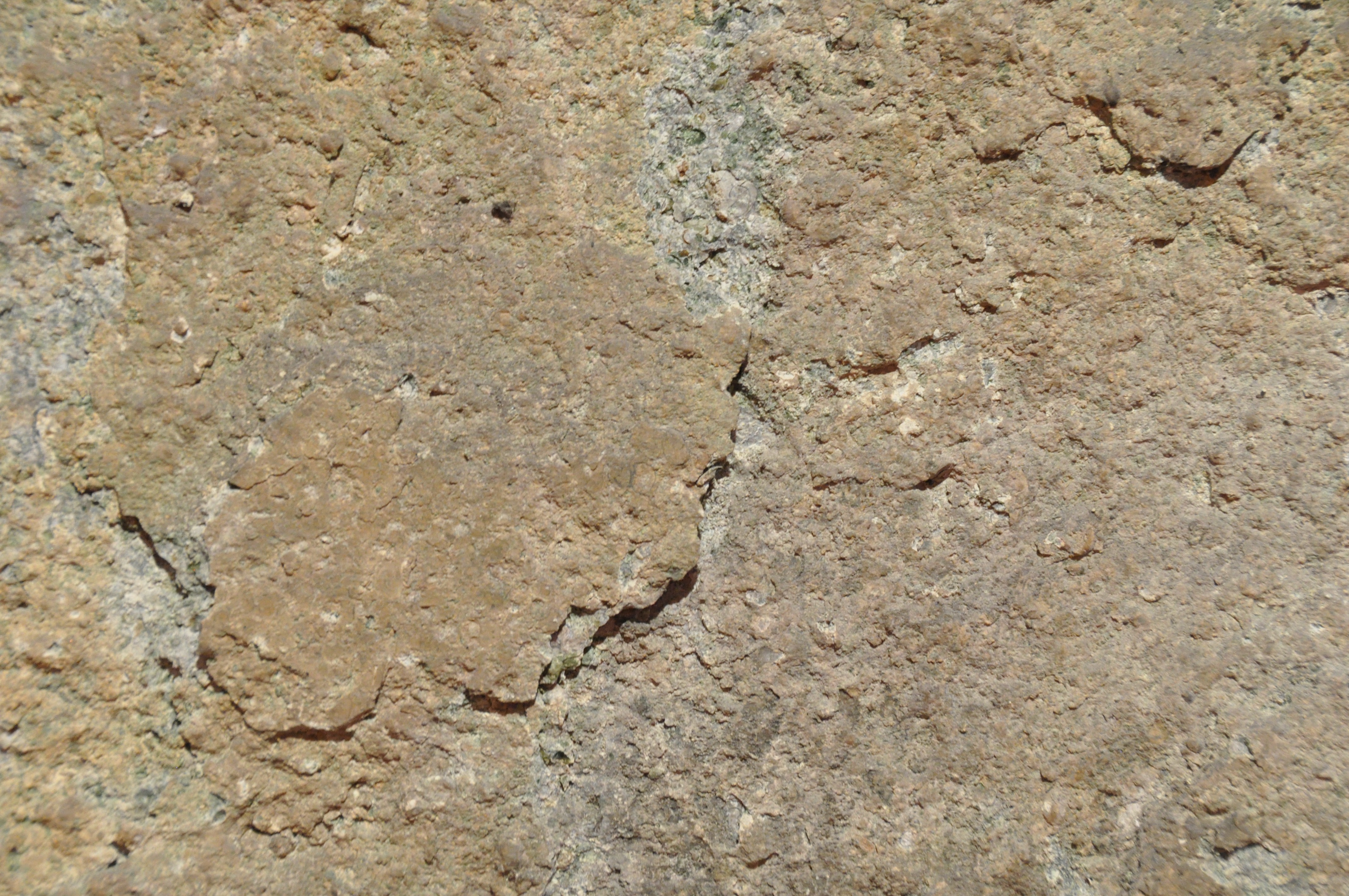